A new infrastructure, improvements of their security and future planning for our client Trustap, a milestone-based transactions platform.

I wanted to buy something from you, but we’re far apart, so I send the money to the Trustap hold, you see it, and send the item. Trustap tracks the delivery, so if there are no complaints after it arrives, then the funds are automatically released to you.  It sounds simple like all the best ideas do, but as ever the devil is in the detail.  The Trustap team have worked super hard to build their cloud app to the polished and trustworthy platform we see today.  Beaty Consultancy is super proud to have been a part of that polish.

Throughout 2021, we worked alongside developers, support technicians and managers to backfill their DevOps facility within the business.  We identified some key areas where improvements and enhancements could be made which would help Trustap to reach the next level for their business.  I’ll talk about three of those improvements here: 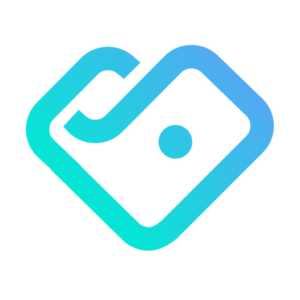 We integrated this shiny new code with Terraform Cloud, and with Bitbucket code repositories.  This means that the codified infrastructure can be version and change controlled, as well as giving us the ability for multiple technicians to work on the code at the same time without conflicts.  When code is finished, it is pushed to BitBucket, where it triggers Terraform Cloud to go ahead and plan out the changes we made in the code.  It’s a pretty swish system!

Security at All Layers

Given the nature of what Trustap deals with every day, they were already super focused on Security, but there is always room for improvement.  Just a fresh set of eyes on the same environment can make a huge difference.

We were able to run scheduled external security scans to make sure no new vulnerabilities were detected week to week, as well as using AWS Inspector to scan the environment from the inside.  If there were any way to exploit the environment, we were going to know about it!

We were also able to help Trustap tighten their already great security posture by creating documentation to support the business.  We diagramed the whole AWS environment and noted each connection and interdependency to ensure no network connectivity was available if it wasn’t strictly necessary.  We also created new Information Security Management System (ISMS) documents to add processes around common actions technicians and developers took within the Trustap environment.  When there is a standard and process to follow, it takes away the possibility of making a mistake due to misunderstandings.

As I said earlier, Trustap is an exciting client to work with because they are growing so rapidly.  That gave us a great opportunity to be able to come in and look at what the future of their infrastructure might look like.

We were able to work closely with Trustap’s CTO to develop a plan for their future architecture which would not only support their growing user base, but keep things efficient, and highly available.  We’re really proud to have left Trustap with some great ideas for the future, and we can’t wait to see what they do in the coming years.

Our client loved the results. When we asked for feedback, our client said, “I’m very convinced that Beaty Consultancy can do a lot for any business”.